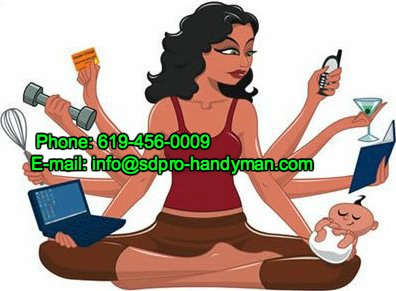 Did you know that March is Women’s History Month? Throughout history, women have had to overcome numerous obstacles in order to be considered equal to their male counterpart. With suffrage and improvement in equality in the workplace, women continue to gain momentum every year. To celebrate Women’s History Month, AIS has compiled a list of three noteworthy female individuals.

Alice Paul brought militant tactics to the well-established National American Woman Suffrage Association while beginning to agitate for the passage of a federal suffrage amendment to the Constitution like the one Susan B. Anthony had wanted so badly to see. She organized a march during Woodrow Wilson’s inauguration and was incarcerated to solitary confinement. She and the jailed group won the public sympathy for their mistreatment while incarcerated, causing their release and President Wilson announcing his support for a constitutional amendment that would give all female citizens the right to vote.

As a member of Zegota, a secret organization set up by the Polish government to rescue Polish Jews in WWII, she was in charge of organizing a small group of social workers to smuggle the children to safety. She worked in the Warsaw health department and which gained her permission to enter the ghetto.
She and her team smuggled the children out by hiding them in ambulances, taking them through the sewer pipes or other underground passageways, or wheeling them out on a trolley in suitcases or boxes. She was arrested in 1943 and taken to the Gestapo where she was beaten causing her legs and feet being broken. She was then driven away to be executed until sack of dollars paid by Zegota secured her release and she was knocked unconscious and left by the roadside. She still has to use crutches today as a result of her injuries.

Malala Yousafzai defied the Taliban in Pakistan and demanded that girls be allowed to receive an education. She was shot in the head by a Taliban gunman while leaving her school in 2012, but survived and became an activist for the education of females. Despite the Taliban’s threats, Yousafzai remains a staunch advocate for the power of education and at age 17, she became the youngest person to receive the Nobel Peace Prize.

These women are the epitome of bravery and fortitude, and have defied the odds for something that they believed was necessary. The achieved their goals against all odds, and are role models for current and future generations.

The information in this article was obtained from various sources. This content is offered for educational purposes only and does not represent contractual agreements, nor is it intended to replace manuals or instructions provided by the manufacturer or the advice of a qualified professional. The definitions, terms and coverage in a given policy may be different than those suggested here and the language contained therein will govern such policy. No warranty or appropriateness for a specific purpose is expressed or implied.